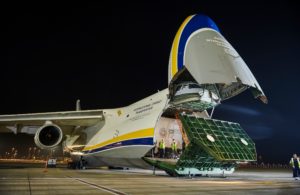 As the Official Logistics Partner of Expo 2020 Dubai, UPS (NYSE: UPS) announced today the successful completion of its delivery of projector equipment for Al Wasl dome, the immersive 360-degree projection surface that forms the centre piece of the Expo site and is designed to be one of the world’s largest projection domes.

UPS delivered 11 high value projector enclosures about 3.6m in diameter, along with highly sensitive and fragile glass doors to, Cimolai & Rimond Middle East, the contractor responsible for providing the steel work for the intricate domed trellis of the Al Wasl Plaza. 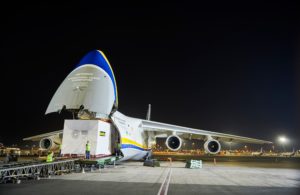 UPS handled the logistics from Monterrey International Airport, Mexico, to the Expo 2020 site and chartered this oversized shipment by air with the Antonov AN-124 plane, one of the largest cargo aircraft in the world. UPS ensured fast and safe delivery of the projectors with a total gross weight of more than 46 tonnes. 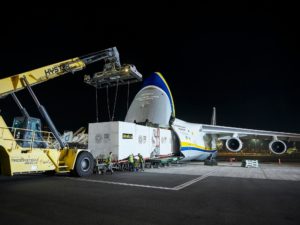 Expo 2020 Dubai chose UPS as Official Logistics Partner for an event that is billed as the “world’s greatest show” by organizers, on a site that is roughly the size of 750 soccer fields, with 192 countries confirmed to participate. To support Expo 2020 Dubai, UPS draws on its experience as the logistics sponsor of the 2012 Olympic Games in London and the 2008 Olympic Games in Beijing.