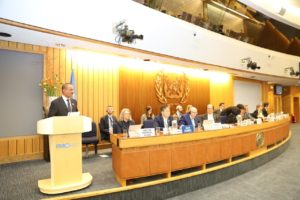 GWC was recognized as the “Employer of Continuous Collaboration” by Qatar University in acknowledgment of their partnership and the role GWC has played in...
Read more
Latest News

Forum highlights the pivotal role of MSMEs in powering Qatar’s economy With just little over a fortnight to go for the greatest show on earth,...
Read more
Company in Focus