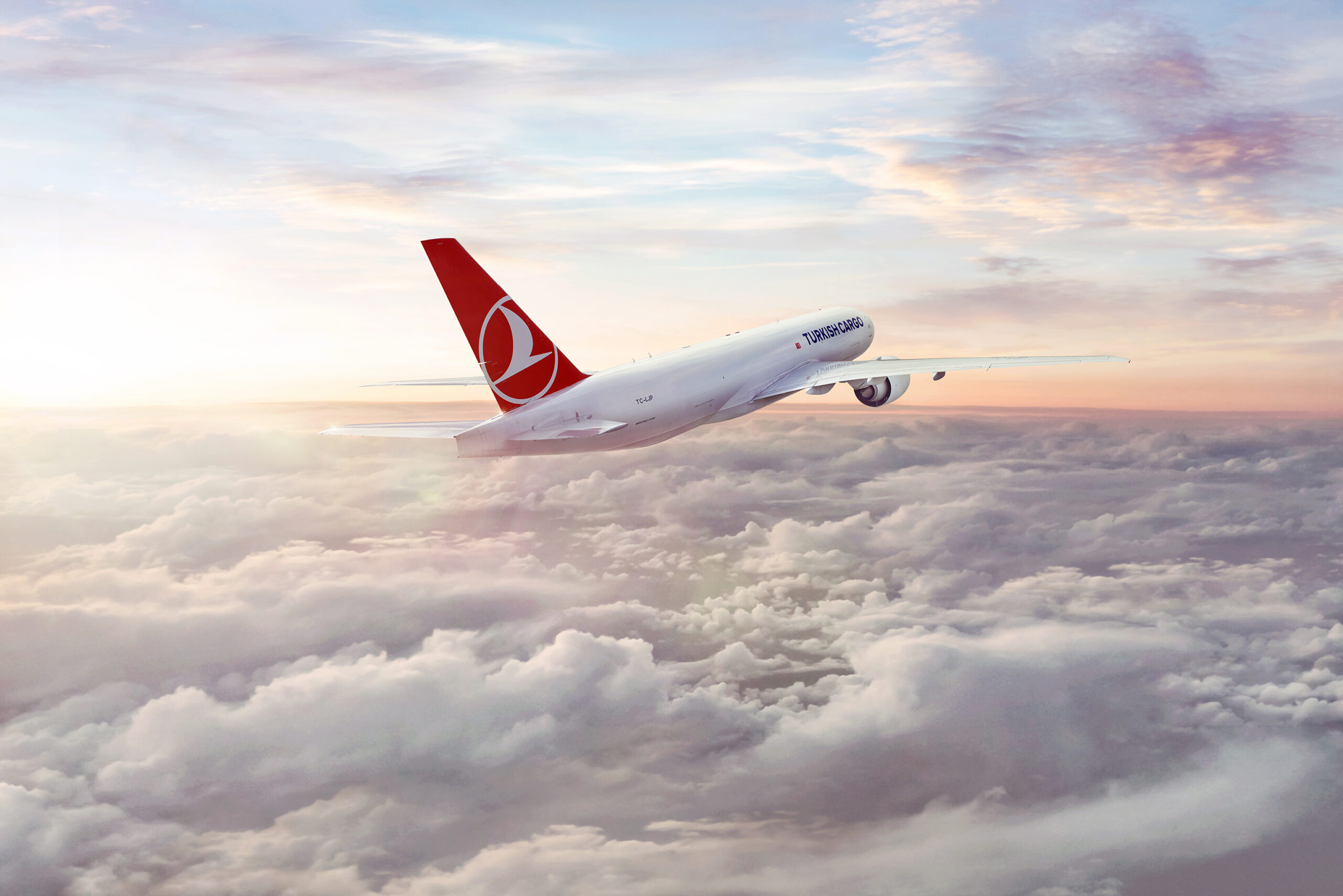 According to the World Air Transport Statistics data, published on yearly basis by the International Air Transport Association (IATA); Turkish Cargo, the rising logistics brand of Turkish Airlines, ranked the 1st among the European air cargo companies while it ranked the 4th among the global airlines, thanks to its total transportation performance.

According to the FTK (Freight Tonne Kilometers) data, the succesful brand increased its business volume by more than 32 percent by showing a transportation performance of 9.2 million tonne kilometers in 2021, and hit the top by outdistancing the leading air cargo brands in Europe.

Regarding the successful performance of Turkish Cargo, Turkish Airlines Chairman of the Board and the Executive Committee, Prof. Dr. Ahmet Bolat said; “As the fastest-growing air cargo brand in the world, we continue to add value to the air cargo industry with our contributions to the supply chain and maintain our critical role when it comes to increasing the global trade’s competition power. We are on the march towards our target to become one of the top 3 air cargo brands in the world in 2025 by carrying this success performed by Turkish Cargo in Europe to all corners of the world.”

With the fleet, infrastructure, process and quality improvement investments performed by Turkish Cargo since 2017, global carrier rose to 4th from 22th in the global rankings and increased its market share to the level of 5.2% from the 2.6% during the last five years.

The successful brand, which had 13 cargo planes in its fleet in 2017, increased this number by 53.8% to 20 in 2022. In parallel with the expansion of the fleet, the number of the destinations operated with freighters nearly doubled by reaching 100 in 2022. Meanwhile, Turkish Airlines became the airline that operates flights to the highest number of international destinations for cargo just as it does for the passenger operations. Thanks to the air bridges built by Turkish Cargo, Turkish exporters can now establish commercial connections directly with approximately 85% of the world, on GNP basis.

As the market share of Turkish Cargo increased by 8 percent on the medical cargo shipments, successful brand also played a crucial role in the fight against the pandemic not only in Türkiye but also on the global scale. Having delivered innovative solutions in the crisis environment, Turkish Cargo once again demonstrated that it is a reliable logistics brand with more than 6.500 pax-fre* flights it has operated in order to overcome the capacity bottleneck resulting from the disruption of passenger flights during pandemic.

Furthermore, SMARTIST, the facility in which Turkish Cargo has started to carry out its operations as of the end of 2021, is now in service as the largest and the cutting-edge air cargo facility in Europe, in terms of its facility capacity and its technological infrastructure.

*Paxfre; a cargo flight operated by a passenger flight without any passenger on board.