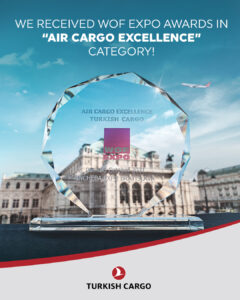 The first logistics exhibition in Central and Eastern Europe run by WOF EXPO at Awards Gala brings shippers, retailers, wholesalers, importers, and exporters. This year marks the 1st event, voting was carried out directly on the WOF Expo official website, starting in April and continued until the end of July. 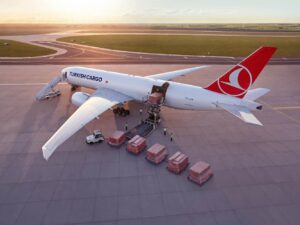 With a flight network of 97 direct cargo destinations, plus express carriers; Turkish Cargo operates the world’s largest direct cargo flight network in the world. The carrier carries out global business processes with a fleet of 373 aircraft, including 23 dedicated freighters. Achieving sustainable growth with its infrastructure, operational capabilities, fleet and expert teams in the field, Turkish Cargo aims to become one of the top 3 air cargo brands in the world. Within this framework, Turkish Cargo has been innovating by developing pioneering projects in the field of digitalization to meet the needs of its customers and industry partners to deliver sustainable high-end services in a constantly changing world.