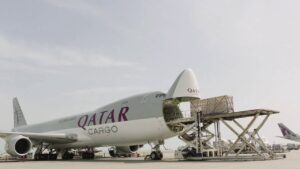 Qatar Airways Cargo appointed Wexco, part of ECS Group, as its general sales agent (GSA) in Australia. Through that new agreement, Qatar Airways and ECS Group are extending their strategic partnership which today covers 20 countries worldwide. The partnership will leverage Qatar Airways’ strong presence in Australia, promoting destinations to the Middle-East, Europe, the Americas and Africa to the Australian exporters.

The main market for Qatar Airways in Australia remains the perishable exports to the Middle East, but also growing outbound pharmaceuticals traffic to Europe and The Americas. The carrier can also capitalize on the opportunities from Australia to the neighboring market of New Zealand thanks to its scheduled services between Brisbane and Auckland.