TCE – Always on the safe side of cargo 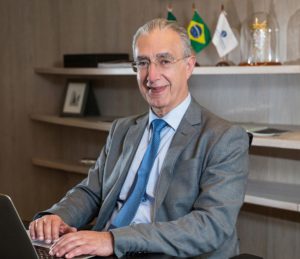 Egypt Ministry of Commerce and Industry, Arab League Secretary General and President of the Council of Arab Businesswomen to speak at event

The Arab Brazilian Chamber of Commerce (ABCC) has announced the confirmation of new speakers for the coming Brazil & Arab Countries Economic Forum, which will take place on April 14, 2020 at the Hotel Unique in Sao Paulo. ABCC has revealed the addition of Egyptian Minister of Commerce and Industry H.E. Nevine Gamea; Sheikha Hessa Saad al-Abdullah Al-Sabah, President of the Council of Arab Businesswomen (CABW), Arab League Secretary General Ahmed Aboul Gheit and Islamic Chamber of Commerce, Industry and Agriculture Secretary General Yousef Hasan Khalawi, to the prestigious forum. The Secretary General of the Union of Arab Chambers, Khaled Hanafi, has also confirmed his presence at the event.

The Brazil & Arab Countries Economic Forum is expected to be graced by representatives from both Brazilian and Arab government, including organizations from key sectors like agribusiness, infrastructure, technology, tourism, innovation, logistics, and halal products and services.

Rubens Hannun, President, Arab Brazilian Chamber of Commerce said, “We are excited to announce additional speakers for the Brazil & Arab Countries Economic Forum, which is being positioned as a key gathering of companies with shared interests so that they can explore potential business and investment opportunities. The exciting one-day forum will also witness the signing of bilateral agreements along with the announcement of the Arab Investors Award, which aims to recognize the significant contributions made by Arab and Latin American entrepreneurs to the field of commerce.”

TCE – Always on the safe side of cargo