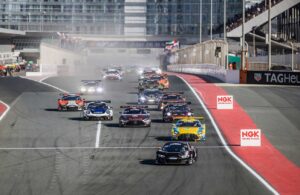 Dubai Autodrome, the UAE’s first premier motorsport and entertainment venue in the Middle East, announced that the 2021-2022 motorsport season recorded a contribution of AED 17.9 million to the UAE’s tourism and economy sectors. Dubai Autodrome hosted several regional and global championships during the season, spanning six months from October 1, 2021 to March 13, 2022.

Dubai Autodrome hosted several major international sporting events, starting with the Historic Dubai Grand Prix Revival, the Hankook 24H Dubai, the Asian Le Mans series, Formula 4 UAE, Formula Regional Asian Championship (formerly known as F3 Asia), the Ferrari Challenge APAC, the Porsche Sprint Challenge Middle East, the Gulf Radical Cup, the Sportsbike Racing Series and the NGK UAE Procar Championship. In addition to offering an exciting experience for fans, the sporting season also made a positive impact on the country’s tourism sector, resulting in more than 20,426 sold-out hotel rooms from November 2021 to March 2022. The figures also reveal that bookings worth AED 6 million have been made for over 3,000 inbound flights, as a direct result of international drivers and teams in-bound to the UAE. 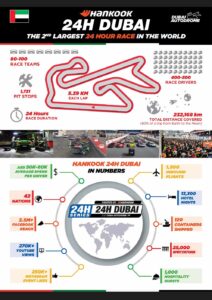 When it comes to the logistical requirements of the championships, over 258 containers were shipped to Dubai for the motorsport events further enhancing the economic impact of the season.

Faisal Sahlawi, General Manager, Dubai Autodrome, said: “We are proud of how the motorsport season has contributed to the UAE’s tourism industry and economy, through several major sporting events in Dubai. Hosting some of the biggest motorsport championships and drivers in the world is extremely rewarding and showcases why the city of Dubai is widely regarded as one of the  greatest sporting destinations in the world. The events were attended by motorsport professionals from all over the world, and it was fascinating seeing so many enthusiasts and internationally acclaimed drivers on our circuit. Dubai Autodrome will continue to host professional motorsport events, a move in line with Dubai’s growing tourism and economic sectors.

The motorsport season’s success reflects Dubai’s prestigious position as a hub for motorsports championships and is a testament to the government’s efforts in addressing (COVID-19), which aligns with the wise leadership’s directives to ensure community protection, fast-track economic recovery, and enable the resumption of events and activities across all sectors. 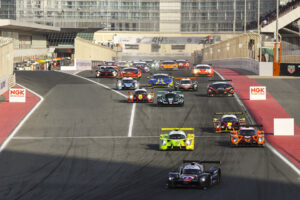 Drawing several thousand spectators, the season was a huge success and created a lot of excitement among fans and enthusiasts. The premier motorsport and entertainment venue is set to host more international events in the coming years, boosting tourism and the economy of the UAE.