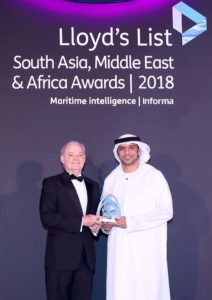 Lloyd’s List South Asia, Middle East & Africa Awards are among the most prestigious recognitions for companies in the logistics and maritime trade sectors, with awardees being recognised as leaders in setting best practices and standards for the industry.

The judges emphasised DP World’s scope of work, well-documented and measured Key Performance Indicators (KPIs), and its commitment to innovation, safety and the environment. 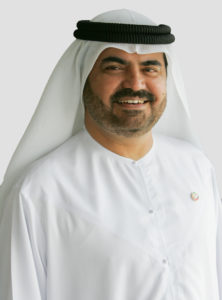 Our flagship Jebel Ali Port has become a key part of the global supply chain, reaching out to over three billion people across the Middle East, North and East Africa, and the Indian subcontinent.

“Through the unique ecosystem created between Jebel Ali Port and Jafza, we have created one of the most modern and efficient supply chains in the region that caters to the new era of on-demand logistics. Through the use of cutting edge technologies and industry leading benchmarks, we allow trade to happen in a seamless and efficient manner that supports the diversification of the UAE’s economy.”