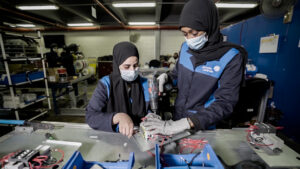 This year’s International Women’s Day was themed “BreakTheBias” which focuses on gender equality today for a sustainable tomorrow, and Saudi Arabia is a shining example of a country that has put this theme into practice.

The Kingdom has made great strides in empowering women and increasing their economic participation, through a series of legislative reforms and efforts in recent years. Indeed, Saudi women have become effective partners in the nation’s development in all fields including economic, social, scientific, cultural and others.

As empowering women is one of the main pillars of Saudi Arabia’s Vision 2030 and its associated programs, this has contributed to boosting women’s participation in all sectors of the labor market and at all functional levels, by providing them opportunities and expanding their work options.

The Kingdom’s HVAC-R (heating, ventilation, air conditioning and refrigeration) sector is one of those sectors that has welcomed Saudi women over the past few years. These women have proven their mettle and gone on to achieve important leadership positions, thereby opening the door wide for the significant presence of women in this field in years to come. 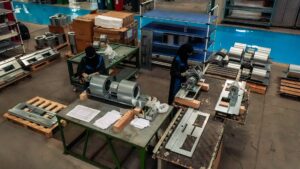 CEO of Al Salem Johnson Controls in Saudi Arabia, Egypt, Lebanon and Yemen, Dr. Mohanad AlShaikh said the company has been a pioneer in hiring and promoting women in the HVAC-R sector, expanding the scope of women’s employment in recent years by 107% to include managerial positions as well. At present, the number of female employees in Al Salem Johnson Controls is 118 and leadership positions for women have seen a rise of 10 percent.

AlShaikh said that the company started its endeavour of empowering women more than 15 years ago by being keen on attracting women in several departments within the company, including IT, financial affairs, supply chain, data analysis and others. For example, in recent years, a number of Saudi female engineers have joined the company’s Young Leaders Program in areas where mostly dominated by their male counterparts in the past.

With the opening of the YORK Manufacturing Complex in King Abdullah Economic City in 2021, the company is training Saudi women in various production lines, enabling them to be directly involved in the manufacturing and assembling of Saudi-made YORK units, and thus play a role in achieving the twin goals of Vision 2030, which include developing the local manufacturing industry as well as empowering women.

“The Saudi women working in the HVAC-R sector feel happy and proud because they are among the first to be working in this field in the Kingdom,” the CEO added.