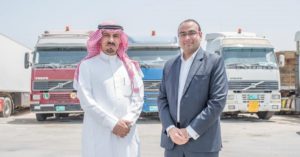 Trukkin announced that it will be receiving an undisclosed amount of funding led by Saudi Arabia’s Batic Investment and Logistics Co for a pre-series round. Trukkin was launched in 2017, and in a short period of time, has matched industry expectations with significant commercial transport capabilities, shipping over 5,000 heavy cargo truck movement across GCC.

Trukkin is committed to making pivotal investments in technology and operations to make the Middle East logistics and transport space more efficient and transparent, and to optimize commercial transport in the region. The company’s goals have received positive backing, support and investments from key captains of the industry, and its team, led by CEO Janardan Dalmia, is working closely with all backers and mentors to make Trukkin the de facto enabler of the industry. 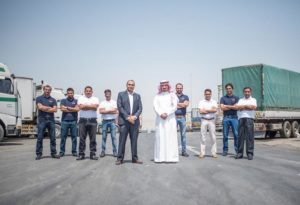 BATIC is the only large publicly listed logistics and private security company in Saudi Arabia and has implemented a consolidation strategy focused on building a unique Saudi logistics national champion.  The roadmap to build this national champion is focused on identifying accretive and unique acquisition targets and investments to achieve the required level of excellence that global clients expect.  Batic is taking a comprehensive view on technology from both a traditional logistics model to the new asset light technology platforms that are destined to upend the current logistics’s paradigms.

The Middle East region carries huge potential in techno-logistics, but is still tied up with traditional operating processes. The market is fragmented, and is hampered by several inefficiencies. Trukkin has thus been founded to improve the entire operational framework of commercial logistics used by shippers, fleet owners and truck drivers and all stakeholders, who stand to benefit from increased efficiencies. Trukkin’s goal is to up the level of service and create industry benchmarks.